A Little About Me (egotist!)

When my blog arrived on WordPress, this is what I wrote about it and me:-

Well, if one really has to say something about one’s blog (which used to be a Windows Live Space, which sounded posher), one must say that these are the witterings of a silly old fool who is “a bear of very little brain”.   IF YOU READ IT, YOU MUST BE DAFTER THAN EVEN I AM !

(Those words are based on my former blog on Windows, and I was not expecting any readers here – but you arrived!   Thanks, folks.)

So the major question is “Who am I?” – sounds like a lead-in to philosophical discussions about Life, The Universe & Everything, eh?   Maybe we should all pose that question to ourselves from time to time (but quietly in case we sound like a loony).

I was born – a few months before the Second World War started – in industrial Wolverhampton, that jewel in the crown of the civilised world.

I grew up there, and returned there after my two years National Service (most of it on Active Service in the Malayan Campaign – bet you’re impressed).   You can find more of that growing-up on the My Writings page of this blog, under the title ‘Just Thought I’d Tell You’.

Almost as soon as I was demobbed in 1961, I met (and married in 1965) – in Wolverhampton – the most lovely girl you could ever imagine. 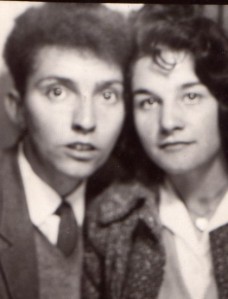 Our one and only offspring – a girl – was born in Wednesfield, a suburb of the old town. 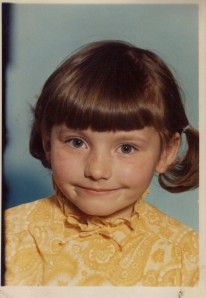 After a few years, we moved to Cannock, near the famous Cannock Chase, where we stayed for about six years.   As far as time would allow in those days, we went out and enjoyed the Staffordshire countryside.   We bought our first car while we lived in Cannock – well, when I say “car”, it was a Reliant Regal three-wheeler.   We’ve improved on that over the years, but have fond memories of our “plastic pig”.

We moved to the Heart of Wales in 1977 after we had become disillusioned with a few things and I’d begun to suffer depression.   I had known this part of Wales since 1954, so we’d done our homework pretty well. 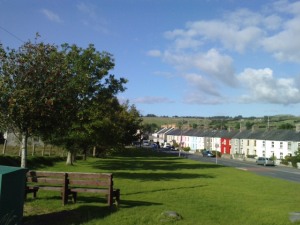 It is a great blessing to live where one knows one should live.

During my life, I seem to have achieved a fair bit, but not without going through a few failures!

In the 1950s, I led a Trad band, me having taught myself to play trumpet.   I’d been knocked sideways when I was twelve when my Cousin Johnny played me, on an old wind-up gramophone, a scratchy 78 of Louis Armstrong’s Hot Five playing ‘Muskrat Rambles’.   I became an instant and life-long jazz-fan and believed, when my Dad spent a whole week’s wages on a battered, second-hand trumpet for my fifteenth birthday, that I would be able to play like Louis.   I never achieved that goal!

The trumpet served me well when in the Army:  I played with a small group during my training time, and played a fair bit when off-duty out East.   (I am probably the only jazz musician you know who actually played in the type of place where jazz was born . . .)

My nickname all through my Army days was “Jazzer”.

I shall add more to this egotistical page as time goes by.   Meantime, you may like to have a browse through some of the pieces I’ve put on other of my pages here, and read about me and my Family in more detail.

7 Responses to A Little About Me (egotist!)